A Great Poet in the Neighborhood 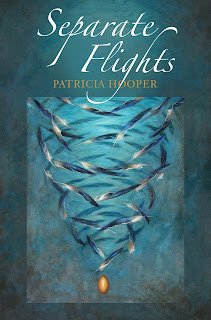 The other day I returned several books to the Main Gastonia Library. As is my routine whenever I go to the library--which is often--I examined the new non-fiction books that are on a cart next to the front desk. This is one of the ways I find good books to read. On this particular day, I found a small book of poetry, Separate Flights, by Patricia Hooper, a poet I had never heard of. Because I like poetry, I am always on the lookout for something good. As a way of deciding whether or not to check out this book, I sat down on one of the library sofas downstairs and began to read. I liked what I read. The poems were not only beautiful, they were accessible. The language and meaning were clear. So much modern poetry is subjective and difficult to comprehend, but not this book. I checked it out.

Who was this new poet, Patricia Hooper, who I had just discovered? I looked inside the back cover, and there was a biographical sketch with all her awards and accomplishments. Clearly, Patricia Hooper was one of the best contemporary American poets. And then I noticed the last line of the brief biography. "She lives in North Carolina." How interesting, I thought. Maybe she lives in the Triangle and teaches at Duke or Chapel Hill.

I couldn't get this new "North Carolina" poet off my mind. Later that same day, I googled her and found an article from the Charlotte Observer by the paper's longtime book editor, Danny Romine Powell. Powell is a distinguished book critic and an acclaimed poet herself, and she was a friend of my late in-laws, Al and Mary Louise Stuart (Sarah Park's parents). Her 2015 Observer article on Hooper's latest book of poetry talked about how North Carolina had just risen in the literary world when Patricia Hooper, a great poet, moved "to Gastonia" from Michigan. I could not believe it!! Patricia Hooper, my newly discovered poet--a bright light in the nation's literary firmament--was living in Gastonia!!

Because I had met Danny Romine Powell through Al and Mary Louise, I felt comfortable reaching out and sending her an email asking if Hooper really was still living in Gastonia. I wasn't sure if Powell would remember me without making the connection to my late in-laws, so I opened my message with "This is Al and Mary Louise's son-in-law." Danny responded within minutes and confirmed, yes, Patricia Hooper does indeed live in Gastonia, and Powell would connect us. Less than two minutes after receiving my reply from Powell, an email appeared in my in-box from Patricia Hooper. She included her phone number and said she was happy to talk. Without hesitation, I picked up the phone, dialed her number, and she answered. I was talking to Patricia Hooper!! 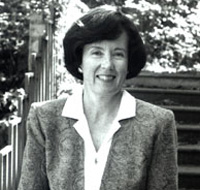 As our conversation unfolded, the coincidences got stronger. She and her husband moved here several years ago to be closer to her daughter and grandchildren. They live less than a mile away from Gaston Day School!!! They love it here!

Gracious and warm, Patricia Hooper and her husband have a busy schedule over the next month. She and I agreed that I would call her back in early November. My hope is that she will come to Gaston Day and interact with some of our young poets. Who knows what other good things will follow from knowing Patricia Hooper? Who knew that a great American poet is living in the neighborhood? The world is full of marvelous surprises!!